It was probably from the pay phone that stood out front of Higdon’s, the old bait, tackle and breakfast joint that sat across from the pier in the Village.

“Mike Haugen called me up and said Higdon’s was for sale. Did I want to go in with him?” owner, Forrest Brown, recalls. “Well, I didn’t know at the time what I wanted to do with my life, so I said why not.”

Forrest will tell you he still doesn’t know what he wants to do but will concede that, “one day turned into one week, and next thing you know one week turned into 30 years. I guess this is what I’m doing for a living.”

In the beginning, Mike and Forrest didn’t change much within those walls. The coffee cups were taken down from pegs behind the breakfast counter and the tackle was cleared from the floor. After deciding on a name that blended both their sir names together, they set up 2 microwaves in the back and served three sandwiches from the tiny kitchen in between games of gin rummy, waiting on their friends to stop by for a beer, a bite to eat and a story to tell.

But no one really remembers exactly when Brogen’s became what it is today- not just a bar and a restaurant but an island rite of passage; a well-loved watering hole that symbolizes a laid-back way of life. The kitchen did expand to accommodate a growing menu serving some of the best burgers, salads and sandwiches around. Crowds soon spread out into the streets, raising their glasses and pumping their fists to the Georgia Bulldog’s Fight Song on game days. Dogs and kids were christened with the same name that welcomed them in from the porch, and people came in droves to throw their shoes up into the neighboring, giant oak to commiserate the end of a marriage, to celebrate the beginning of a new chapter, or just because they could.

A lot has changed in 30 years. The old, temperamental TV, the 5-changer CD player and the pay phone on the porch have all been retired. The county has taken back the “Shoe Tree” that sat right next to the building for so many years draped in moss and memories. “Bubba” James Freeman, described as a “real character” by his faithful employer, Forrest, has gone on to that big bar stool in the sky after 25 years of service with “a smile on his face come rain or shine…. and in that truck of his that had to have cost 10 dollars but still ran somehow.”

And the Brogen’s North location, open since 1995, is as strong as ever under the steady supervision of partner, Jason Hyde. But even through it all, some things will forever stay the same.

The same shiny, oak bar still stoically sits locals and tourist (and a bounty hunter or two) alike side by side for fellowship, fun, good food, tall tales, and cold drinks. And in the old days, local PGA championship golfer, Davis Love III was spotted sometimes behind the bar to help out in a pinch.

The same table shuffle board, the one renowned columnist, author and rabid “Dawg” fan Lewis Grizzard used to play on for hours on end after a round of golf, still stands on the same timeworn, scuffed-up pine floor since 1983.

And last but certainly not least, the old black and white portrait of Barney Fife still watches over the bar with his goofy grin and bugged-out eyes reminding us that here stands a precious piece of nostalgia; a throwback to a simpler time; a place that we can all call home and accepts us for who we are, not who we are supposed to be.

If those walls could talk, what a story they would tell.

When asked why Brogen’s has stood the test of time, Forrest says, “It’d have to be the people. Surrounding yourself with good people….oh, and a little bit of luck.”

Duct tape and loyalty aside, some may disagree luck played any part.

As our late, great bar patron Lewis Grizzard once said, “I believe in a series of near misses. A lot of what we ascribe to as luck is not luck at all. It’s seizing the day and accepting responsibilities for your future. It’s seeing what other people don’t see and pursuing that vision.”

So yes, one day can turn into 30 years, just as one solid vision and 2 microwaves can turn into a mighty fine and much respected local institution. And there is little doubt that if Lewis Grizzard were here today, he’d be sliding that shiny, metal puck down the long, chalky plank of well-worn wood and he’d say, “Let the Big Dawg Eat.” 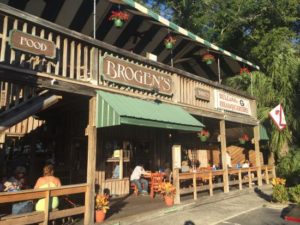 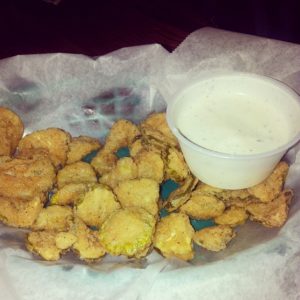 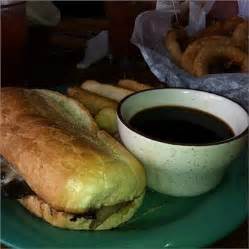 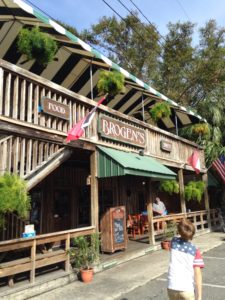 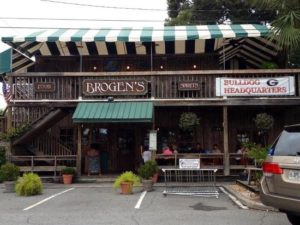 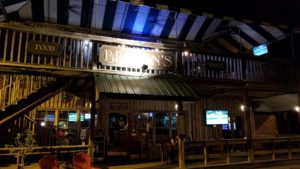 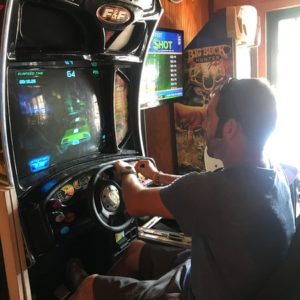 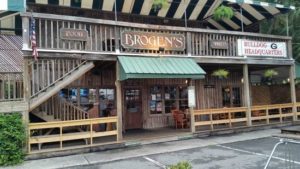 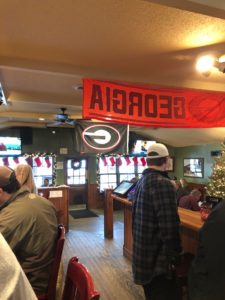 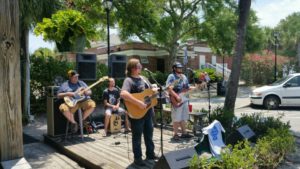 A Sammie is a simple sandwich, but not just any sandwich. We slice meats and cheeses every morning to…

When Brunswick’s Georgia Pig closed in the spring of 2012, many people agreed that was a shame, particularly…